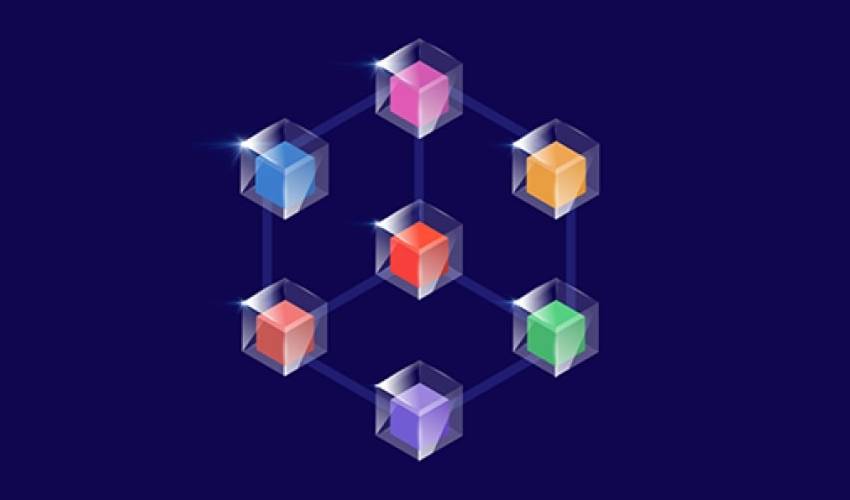 Home » Blockchain’s Evolution From Past To Present, Looking To The Future!

First things first – what is blockchain and why is it trending? Blockchain is a technology to record information digitally, where it is impossible to tamper with.

Expanding on the same, blockchain is a digital ledger of data transactions that gets recorded, distributed, and duplicated in a peer-to-peer network of systems located across geographies. This digital database is managed by a time-stamping server.

As goes the name, the data gets stored in the form of blocks and is chained together with a cryptographic hash from the previous block based on chronological timelines, and is approved by all parties in the network.

Blockchain is trending due to its many advantages like security, decentralization, and transparency in comparison to traditional databases, but one aspect stands out from the rest – Data immutability.

Speaking of blockchain’s evolution, it can be classified into 3 waves, post the origin. 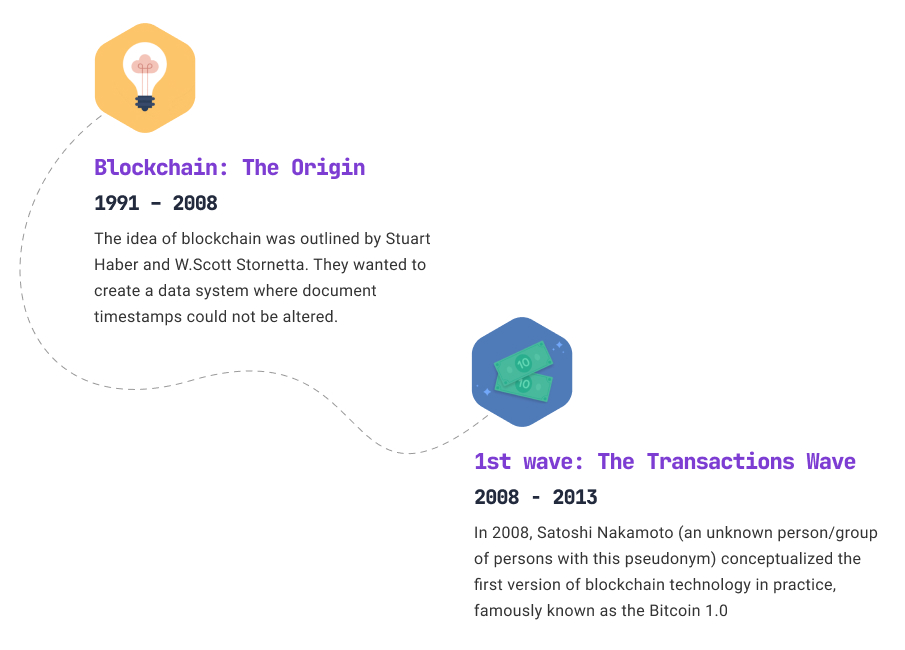 Interestingly in the year 2009, Nakamoto released a white paper on digital ledger technology, based on which Bitcoin was created. This literature spoke of blockchain’s ability to improve digital trust through decentralization, where no one has the core control. 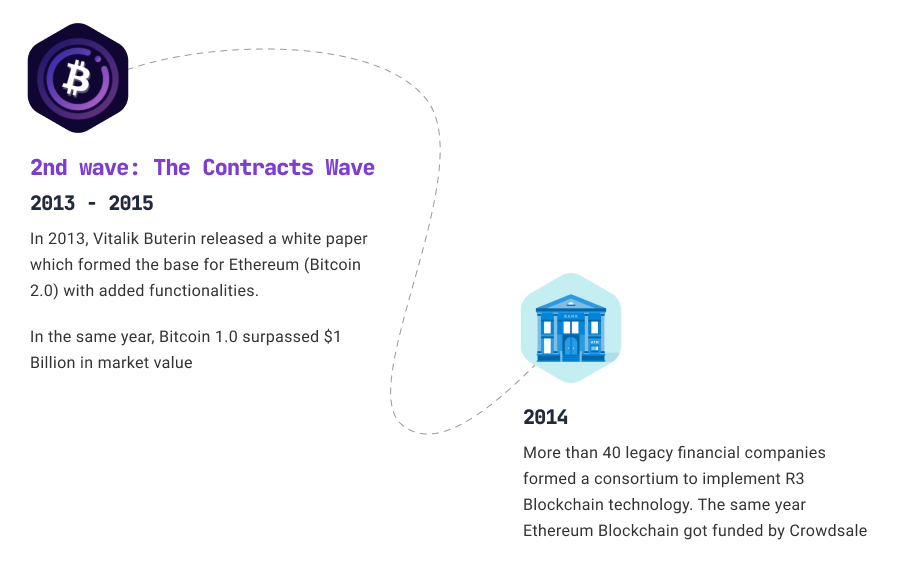 Ethereum turned out to be the upgraded version of Bitcoin 1.0, and it was released as a public blockchain with more capabilities apart from its predecessor’s peer-to-peer network feature. Ethereum’s (a.k.a Bitcoin 2.0) new feature to record additional data assets, created the game-changing moment which led to its ability to develop new decentralized applications out of blockchain technology. 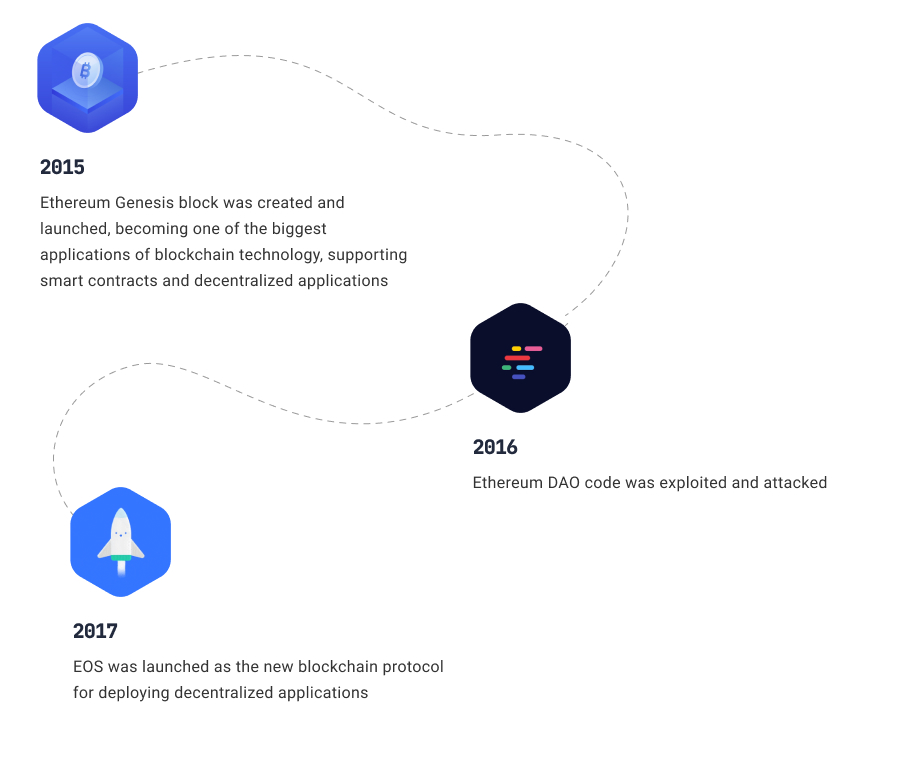 EOS is a blockchain-based, decentralized system infrastructure that facilitates the development, hosting, and execution of commercial-scale decentralized applications (dApps) on its platform. The official full form of EOS is unknown as the creators chose not to define it. 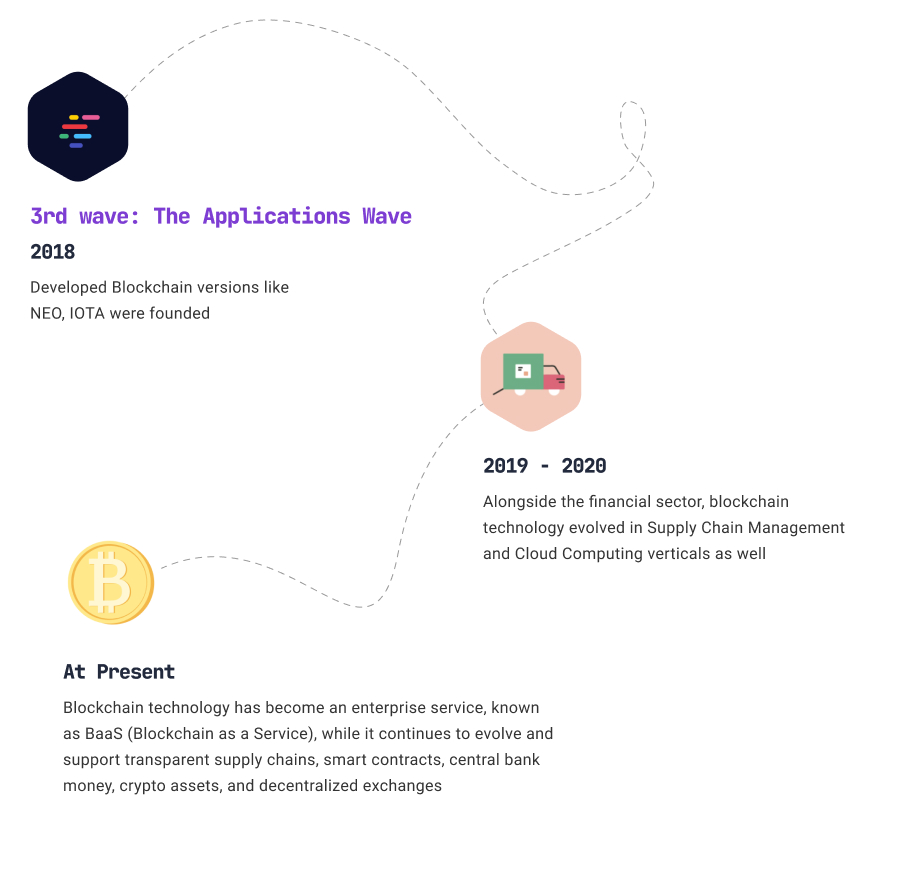 Blockchain’s 3rd wave saw the introduction of developed Blockchain versions like NEO, IOTA which addressed some of the deficiencies in Bitcoin and Ethereum while adding new features to existing blockchain capabilities.

NEO, also known as the Chinese Ethereum, is the first open-source and decentralized blockchain platform launched in China. IOTA (named after the smallest letter of the Greek alphabet iota) is an innovative cryptocurrency platform, optimized for the Internet of Things ecosystem. IOTA’s highlight feature is its unique verification process with zero transaction fees while addressing scalability issues found in the earlier versions of Bitcoin.

Going by Gartner’s prediction, blockchain is sure to contribute towards many technological transformations, and enterprises that embrace this technology soon, are sure to gain big.