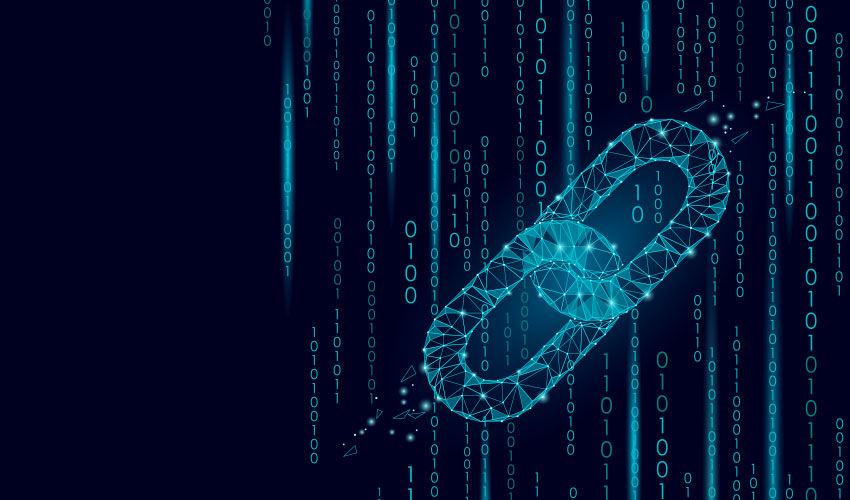 In June 2012, almost 2000 people were arrested in China in a counterfeit drug crackdown. In Feb 2019, WHO warned of a fake version of the cancer-treating drug, Iclusig, which instead contained paracetamol. Traders of these fake or substandard versions of original medicines hide them among the unsuspecting cargo and create a confusing chain of custody, making it difficult to trace their origin.

Such dangerous tampering of the pharmaceutical supply chain undermines the confidence in public health measures.

But, what if the chain of custody was transparent?

Imagine if a record was maintained on the origin of shipments and who handled them right through the global supply chain. Here comes the relevance of the blockchain technology, which has become the main fixture for many of the real-world business concerns.

The United States Food and Drug Administration (FDA) created a law called the Drug Supply Chain Security Act (DSCSA) in 2013. Three of their pilot projects started in 2019 use blockchain technology.

Governments and enterprises worldwide trust blockchain technology to help them deal with the problem of counterfeit products and other issues emerging from our increasingly connected world. The power of blockchain lies in transparency, trust, and high security.

Before we move forward, let’s understand what is blockchain technology and why is it important to businesses. Blockchain is a shared, immutable ledger that records all the transactions that take place in the network. Unlike the traditional system, the blockchain network is decentralized, and hence the information is incorruptible and open for all the network participants.

Advantages of blockchain technology for your business

By adding precise movement data, blockchain technology assures provenance, which helps every contractor in the supply chain to verify authenticity at all levels on the blockchain. The original brand can also create an app to help end consumers verify at purchase points.

IBM is using blockchain to enable farm-to-store tracking for large food suppliers like Nestle, Walmart, and Dole. In the beauty industry, provenance through blockchain is helping verify claims of cruelty-free, vegan, recyclable, or coral-free products. This helps brands earn back consumer trust that was once lost due to shady marketing and branding techniques.

As per the recent reports by PwC’s Global Economic Crime and Fraud Survey, respondents had lost around USD 42 billion to fraudulence and on average reported six fraudulent activities per company.

To overcome this, blockchain technology creates trust by recording all transactions in an immutable form. The distributed ledger forms the base for taking any legal action when fraud occurs. Smart contracts between buyers and sellers establish a trust protocol and cut the need for a middleman.

While it is riskier dealing with marketplaces that lack proper policies, a blockchain-based marketplace can connect buyers and sellers without any middlemen at reasonable costs, high security, and transparency.

Moreover, these blockchain-based marketplaces are either cheap or completely free so that sellers can keep all (or the largest) profits.

Imagine you sell something worth 24.1 BTC (approximately $1 Million). Immediately after completing the transaction, the buyer issues a chargeback request and you lose the money. Such scenarios can be avoided by ensuring all transactions are final and non-reversible.

High-value blockchains use “consensus algorithms” to ensure the finality of transactions. These consensus protocols affirm that your transactions are not revoked or arbitrarily changed once committed to the blockchain.

One such consensus protocol, Tendermint, which offers “absolute finality” appoints a leader and a set of high-trust verification nodes. Here the leader commits a block to the blockchain only after a certain percentage of validators authorize it.

There are a few other consensus protocols that offer “economic finality” by placing large costs on transaction reversals. As such, understanding finality is vital both in designing robust blockchain platforms and in choosing platforms on which to develop applications.

Blockchain technology is the missing link to resolve privacy and reliability issues of the IoT industry. The decentralized approach and cryptographic algorithms used by blockchains would create a more confidential IoT ecosystem for consumers.

IoT-integrated blockchains can strengthen supply chains with end-to-end tracking of perishable goods. IoT sensors can track storage/transport environments and upload their data to the blockchain in real-time. This process guarantees trust among vendors selling these goods on the blockchain.

Another fascinating application of IoT-powered blockchain is truck leasing. The current billing model in truck leasing does not allow owners to verify the contents of the truck. IoT sensors on these leased trucks can send torque data to an immutable blockchain.

Owners will know if the data from the blockchain doesn’t match the purpose that the renter specified in the contract. It’s like having a CCTV camera but for non-visual data. This in turn, helps owners charge appropriate fees as these updates are real-time.

Another application of an IoT-enabled blockchain is the hyper-personalization of car and insurance policies. The data for this will come to the blockchain from Onboard Diagnostic Tools (ODT) fitted on cars or within patients’ bodies.

The number and maturity of blockchain platforms all over the world have exploded over the past decade. It means organizations now have greater choice in the selection process.

Consider these factors when choosing a blockchain platform for your business.

Understand that blockchain configurations are flexible and not all data needs to be public. Some data, like personally identifiable information or sensitive patient data in healthcare applications, must be private. You can take certain sensitive information off the blockchain and have a different mechanism to verify it.

Start by clarifying the level of privacy for each type of data/dataset to decide on various blockchain platforms such as:

Size of the network and your growth goals for it

Plan the number of nodes and how fast/far it will grow to avoid/reduce expensive redesign. Ideally, the larger a blockchain network, the slower will be the network’s operation speed. This is because as the blockchain system grows, it becomes difficult to retrieve the required information from available nodes.

Also, decide how powerful each node is and, so, how much processing power can it lend to your blockchains.

Other scaling considerations include:

The need for tokens

Decide whether your network will use cryptocurrency tokens.

For example, downloading through torrents has no reward because users don’t always finish the seeding (re-upload) process. This network operates on trust.

Answer these questions to know the need for tokens for your blockchain network:

What is the potential of Blockchain for corporations?

Blockchain is a new type of “global business operating system” with a focus on trust and transparency. It uses smart contracts and fraud-resistant technology to enable peer-to-peer (P2P) transactions.

Before you install a blockchain, focus on the strategy that the blockchain platform will help execute. The network’s size, your future growth plans, and the required level of privacy are some of the key factors that determine your blockchain strategy.

Whether you are confused if blockchain is the right fit for your business or if you need to solve specific business issues with blockchain, talk to experts at Blockedge for end-to-end blockchain as a service (BaaS).